Life is hard—luckily, you're the strongest person you know. 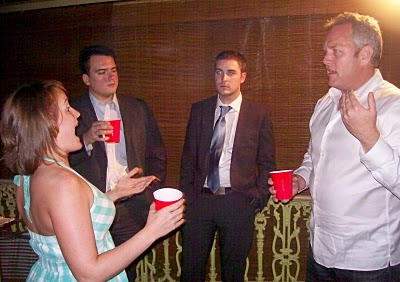 I've been over-thinking my role in the movement for months, reflecting on whether or not I'm exactly where I'm meant to be.

Had I lost sight of the passion that brought me here, was I growing jaded or cynical?

If the answer was yes, it doesn't matter any more.

I still can't find the words to talk about this. This is a sadness and a loss that lacks an appropriate word.

I will say this: we may not agree about everything all the time, but no conservative amongst us would ever delight in the death of a foe.

The left had an opportunity yesterday to react with decency, to say no, they didn't agree with the man and indeed they may have hated everything he stood for, but a father and husband is dead —let's put aside politics and show a modicum of respect.

And that is how, even in death, Breitbart has managed to shine a spotlight on the ugliness, the intolerance, the incomprehensible hate of the left. The very hate, ugliness, and intolerance they pathetically attribute to the right.

I have tried. I've been standing idle—numb—as friends I've had for years have slowly cut ties, some hurling baseless, hurtful words at me upon their exit—all due to my political work.

And when you can say an ideology is evil, it frees you from any obligation to argue against it honestly.

It also apparently gives you a reason to take joy in the death of someone you fundamentally disagree with.

So as Andrew so poignantly said said: No more cocktails.