But Did You Die?

This weekend was perfect.

It was one of those almost warm pre-spring teasers perfect for walking around outside and riding a bike—so of course I did a lot of both. 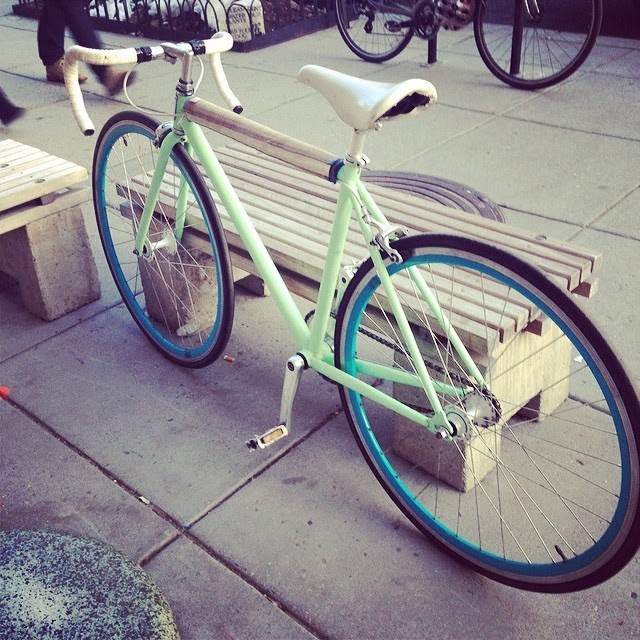 After morning boot camp on the church stairs I went on a bike ride with my neighbor Gloria who is sort of like a roommate for grown ups.

She lives in the studio next to me and moved in the same week I did. When she saw me in the hall way she casually asked if I wanted to split wifi.

It was then I fell deeply in love.

She's from New York City and uses really cool expressions like "that's so ratchet" and is just generally much, much cooler than me.

Let me tell you guys: biking downtown is a completely different animal from riding on the Hill.

I'm getting much better at commuting to work and picking out my routes—as well as learning to dodge both traffic and potholes at the same time—but I haven't had a single ride yet that was without at least one heart-stopping near miss.

Gloria used to ride her bike in New York City (I mentioned she was cool, right?) and her biking advice for me was "be fearless."

I mean, okay sure—I can do that.

So I began approaching intersections with my usual heaping helping of caution (usually being passed by a few fellow cyclists blowing through red lights with TRUE fearlessness) but resolved to keep myself from acting like a frightened rabbit every time I passed a bus or made a left turn.

No more screaming like a ninny every time an SUV runs you off the road, Lyndsey.

Stop taking it so seriously. I mean it's just you, wild and free on a bicycle—moments from certain death at all times. NBD.

Yes, that is actually what my internal pep talks sound like.

I realized the other night, as I was riding home from Whole Foods with a big bunch of Dandelion greens poking out the top of my bag, that I've developed into the sort of cliche urban crusader who might start a neighborhood composting co-op and rebelliously paint my own bike lanes on 14th Street (don't say it hasn't crossed your mind, too).

When did that happen?

Oh, also, my gym did a spotlight on me. It was fun and I love promoting my gym because, if you can't tell, I really, really love that place.