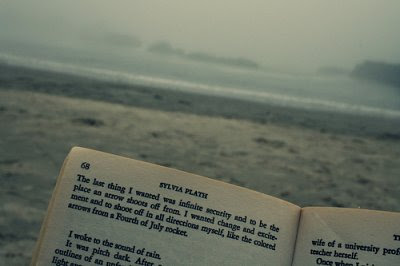 It's in my bio and I say it all the time – it originated as a joke after someone, somewhere started saying "I'm kind of a big deal" and its meaning, for me, has developed over time.

It doesn’t mean I have low self-worth or that I will always feel this way; it means exactly what it says. I'm just a girl, not altogether unlike a lot of other girls, with thoughts and feelings and loads of memories and experiences that I want to share.

I approach this with open eyes. Blogging, as an information medium, can be very unreliable. Lesser-known bloggers, generally speaking, go ultimately unchecked. My intention is to declare, at the outset, that I am one of those people. I am occasionally wrong about things; it’s embarrassing and I move on. I don't want anyone to take what I have to say too seriously, unless of course I do.

As I mention all the time, I've been blogging since I was a child – before it became part of this "new media" people love talking about so much. The rules have changed. The environment has changed. The attitudes of readers have changed.

A bitter-sounding journalist very plainly expressed her disdain for the small-time bloggers whose words don't face the level of scrutiny that hers do. Nobody wants to pay dues anymore; nobody wants to be held accountable. I kept my mouth shut and felt she was somehow reading my mind or had googled me specifically for the conversation (which is so self-important of me). I was embarrassed on behalf of my kind.

I was raised to understand that paying dues is part of every process. I had an unpaid internship; it paid off. I have done loads of pro bono work; it is still paying off. We all want meaningful work, some of us want recognition and notoriety. I am fully aware that I simply do not know what I want. I just want to write things down. Maybe one day I'll have a granddaughter who will wonder about me.

And I suppose it shouldn't make me sick when people stop me in mid-conversation and say "well, I know this already, I read it on your blog." But it does.