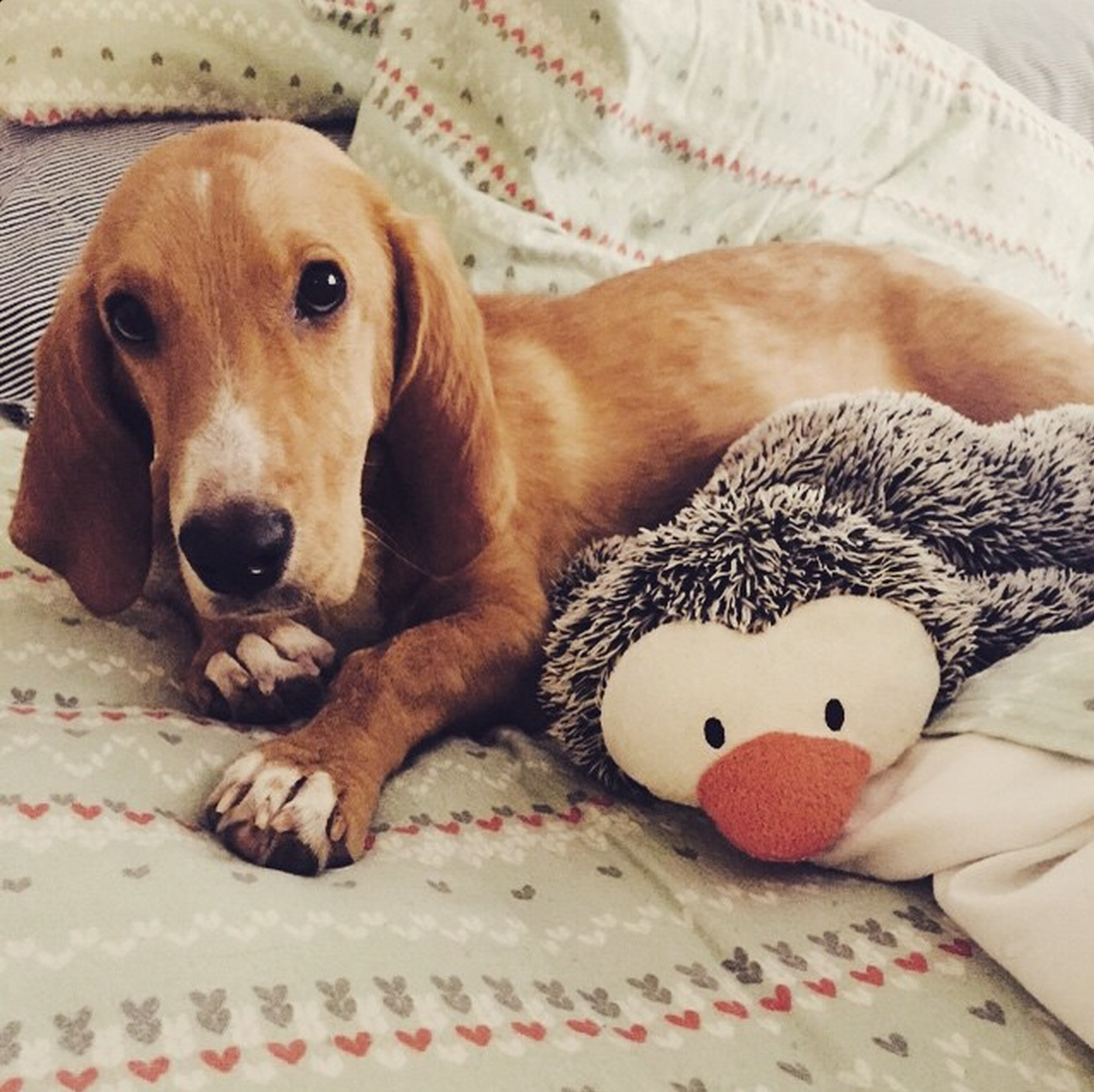 "Did I just step in wee or did she just drip water all over the floor from her water bowl...?"

"Is she quietly sitting in the corner chewing a toy or another one of my favorite bras or shoes?"

These are thoughts I think now.

I've never been so comfortable reflexively handling poo in my life.

I grew up in Alabama with lots of dogs (mostly golden retrievers) and after leaving my dog Brinkley with my parents when I moved to DC close to 5 years ago, I really missed having dogs in my life.

Every time I see a dog on the sidewalk, I just have to say hello. Whenever friends go out of town, I am always the first to volunteer to dog sit. Last year I even started dog walking to get my dog fix and make extra money.

I just didn't think I could own a dog—election season was coming and my friends with dogs always talked about how expensive it was. I live in a studio apartment near Logan Circle and I don't own a car... I'd be crazy to get a dog, right?

Walking was a great way to spend quality time with lots of different dogs and make extra cash. Bonus: I lost close to ten pounds biking all over NW and up the 16th Street hill to walk dogs every day.

It also innocuously introduced me to DC dog culture which, like DC fitness culture, is insane. More on that below.

But then along came Daisy Mae.

My mom lives in Florida near Ocala National Forest where sometimes folks abandon dogs they can't afford to take care of (you have to pay to drop off dogs at the shelters—which makes absolutely no sense but that's another post for another time). One day in December while she was walking around, mom was approached by a stray dog covered in mange and ticks with bloody paws—she was clearly starving but very sweet and naturally knew my mom was the right human to go up to.

After a bath and some food, my mom posted this picture to Facebook and my heart just melted. 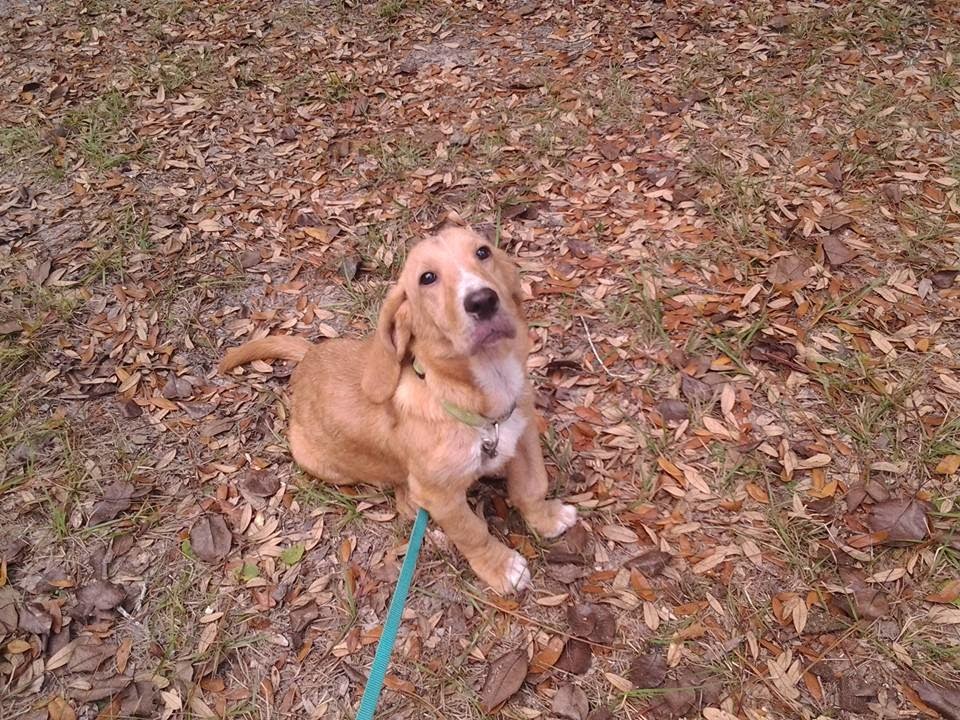 It was hard to tell at the time how old she was because of the rough shape she was in—she had apparently survived by eating the hard corn some hunters spread out to attract deer, so her tummy was bloated (let's get this girl on a Whole 30, amen church?) and she needed a lot of help. The vet put her on lots of meds for her mange and my mom put her on a chicken and rice diet with pumpkin and carrots and yogurt (which she still eats). They put her age at around 9 months and I named her Daisy Mae because she looks just like our golden retriever Daisy I grew up with.

I drove down to Alabama for Christmas and picked her up. We instantly fell madly in love. 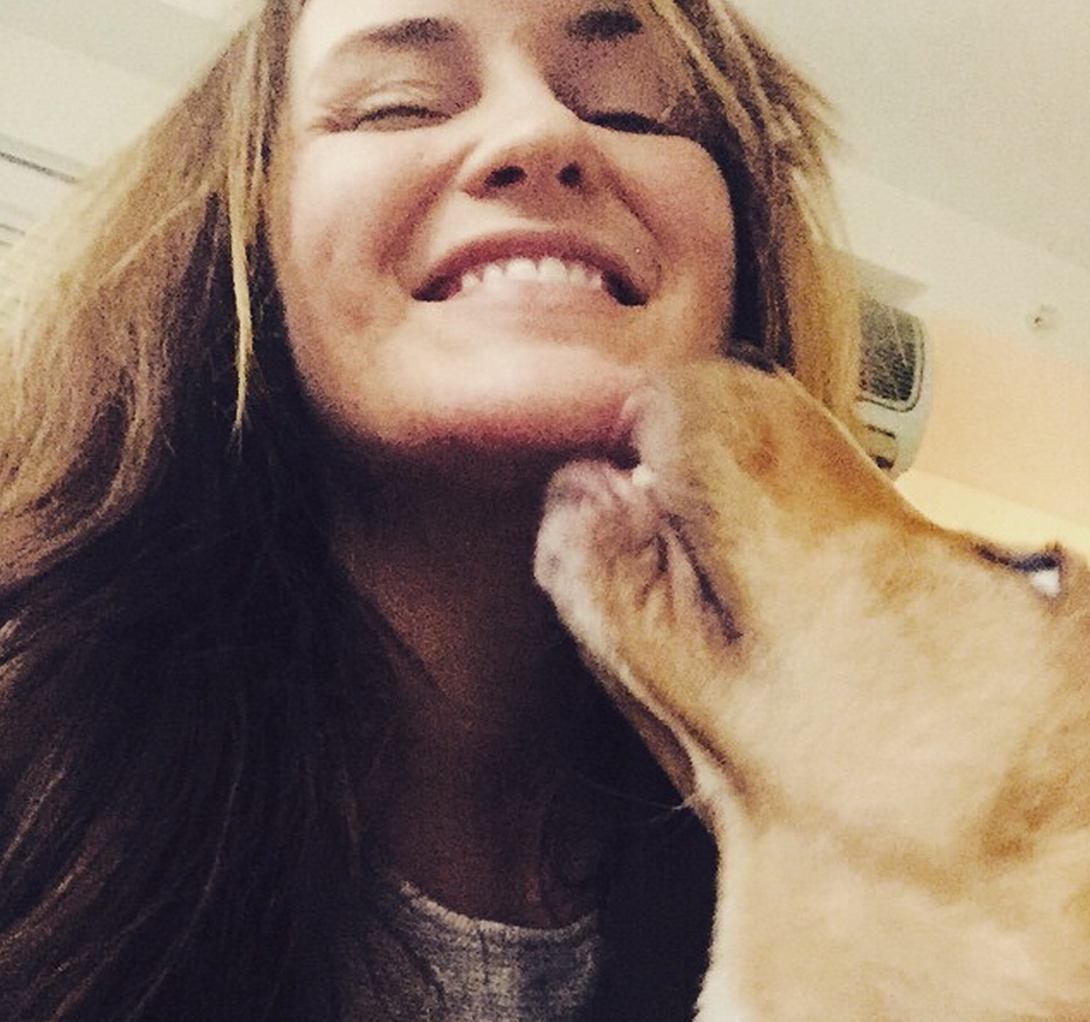 Here I am about a month later thinking I know so many people who, like me, think they can't adopt a dog or it's not right for them. If I'd known then what I know now, I would have taken the plunge long ago. That said, I'm also glad I waited because Daisy is literally the dog for me—I don't think I would have bonded this much with any other dog.

We're both strong, Southern women who have been through a lot and are ready to live our happiest, healthiest lives in the city.