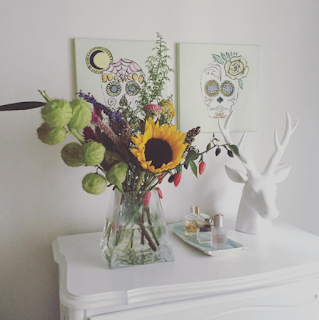 It's been a very silent year for me.

Instead of updating or chronicling my progress with autoimmune disease I really went into myself and stopped sharing any of my personal struggles with even my closest friends—let alone the internet.

Over a year ago I discovered life didn't magically get put on hold when I got sick. I still had to find a way to go to work everyday, balance projects, see friends, and have a normal social life—even when I was unable to trust that my body would work normally. Not showing up wasn't an option—so I did what I could.

It was a false life—and it was really difficult for me to pretend I was my normal happy, silly self when I was in so much pain.

After my first major update I realized I didn't know nearly enough about Humira to write about about its efficacy with any authority. I had only been on the drug for a few months when I wrote my post and I was so happy to be pain-free for the first time in half a year I couldn't see the forest through the trees.

I thought Humira was a magical unicorn drug sent from Santa and delivered by fairies.

Being pain-free, I didn't care that I was also really low energy and foggy-headed—despite all that, I could attend meetings without being driven to distraction by pain shooting up my arms. I could go to parties and see friends and smile sincerely instead of gritting my teeth and wincing. I could lift more than 10 pounds without crying. It was heaven.

At my second check up, I asked my doctor when I could stop taking Humira. He seemed confused by the question: Why would I want to stop taking a medication that was finally relieving my suffering?

I thought about it.

Every night when I trudged along on the treadmill at the gym, Humira ads would play on the TV overhead and a lady in a sundress would spin in a wheat field while a soothing voice detailed all the many horrific ways Humira could cause my early death.

I was homeschooled so here's what I know about the immune system: The immune system is a network in your body that protects it from infection and disease. Right now as we speak your body is killing cancer-causing cells trying to develop. Pretty cool, huh?

Now imagine that your immune system GOES CUCKOO BANANAS and starts attacking healthy cells as well as the bad cells. "WHOA, CALM DOWN, IMMUNE SYSTEM—YOU'RE HURTING ME," you say. You throw some turmeric at it. It laughs in your face. You throw some NSAIDs at it. It crushes their skulls and bathes in their blood, chuckling maniacally as it starts attacking even MORE healthy cells than ever before...

So then you finally say, OK, that's it, I'm going to jab myself with a needle and turn my immune system off and give my healthy cells a respite from all this nonsense.

So here's what I wasn't thinking about during my blissful, pain-free Humira days: My immune system wasn't fighting the bad cells anymore. It wasn't working with all the cells and tissues and organs to do its job: Killing off the bad guys.

So I did what any modern, empowered woman does when faced with a crisis: I Googled the hell out of it.

I researched autoimmune diseases (specifically PsA) and wrote a big red X on my calendar—the day I was supposed to take my next Humira injection... and the first time I would skip it.

I stripped my diet of all nightshades, gluten (omgiknowshutup), dairy, and meat. I ate only whole plant foods, mostly raw. It's been a year. Want to know what happened?

I'm completely medication-free (not so much as an aspirin) and totally in remission.