Put THAT in your blog. 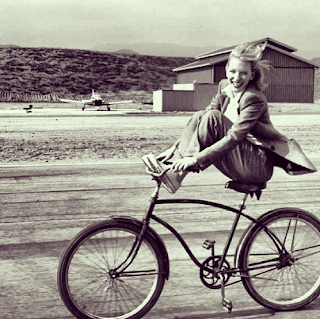 I'm just going to say this without any grand introduction:

The presence of phones around me all the time has reached a fever pitch and I just want it to stop.

The etiquette of phones in DC permits them to be used through dinner with colleagues and throughout a night with friends—without apology.

One of the best compliments I've ever received was being told by a friend that they appreciated how I never looked at my phone while we were talking. As if I deserved a prize for doing something so basically courteous.

Recently I was at drinks with a friend—an occasion I'd anticipated all week since we'd had to push plans back a few times—and I realized I'd looked at my phone constantly. When I took an audit of what I was doing, I was checking my Facebook notifications—that people had liked my recent status update, that people had commented on a picture I was tagged in... things that could wait until later, if they were really valuable at all. It was so obvious in that moment that I was wasting my time with her as effortlessly as breathing.

I'm connected to hundreds of people I grew up with—many of whom I haven't seen in years. I comment on pictures of their children and like their statuses, but ultimately wonder if their lives are really as beautiful as instagram makes them appear.

Friends of mine who were recently divorced were both posting smiling pictures of each other and announcing how much they loved one another on Facebook almost daily right up until the updates mysteriously stopped cold. I later heard (offline) that they had quietly separated.

Theirs was the sort of magical fairy tale marriage that looked so perfect. After all, it was so photogenic.

Why do we lie for social media?

Why do we photograph our food and describe how much fun we're having on camping trips? Why do we talk about how happy we are all the time like we have something to prove?

Is this really the way we want to chronicle our lives?

Is this really the way we want to spend our time with friends?

Head bowed slightly, saying "almost done, just one more second..." while the people we love wait for us to finish telling Twitter how happy we are to be with them?

I do this for a living, I realize. I think about this constantly—the way we communicate, why it has changed... how it is still changing.

I would never criticize someone for opening up and sharing their lives online. I've been doing it since I was 15.

But it used to take place at the end of the day, away from the world, in a Dorothy Wordsworth sort of way—in one articulate, intentional, and cohesive post.

It wasn't a living, breathing, perpetual anxiety attack of photographs and words.

And there are quite a few things I'll never write about in complete detail.

Because there is a difference in being vulnerable and over-sharing.

Our words don't live in vacuums. Some stories aren't completely ours to tell.

As much as I'd like to be less ambiguous sometimes, as much as I'd love to really get into complex detail about my relationships... I can't.

And if the only reasonable substitute is to clock in on Facebook like a factory worker with a timecard, ticking the box that says "everything is going really, really well for me, I promise!" then screw it.